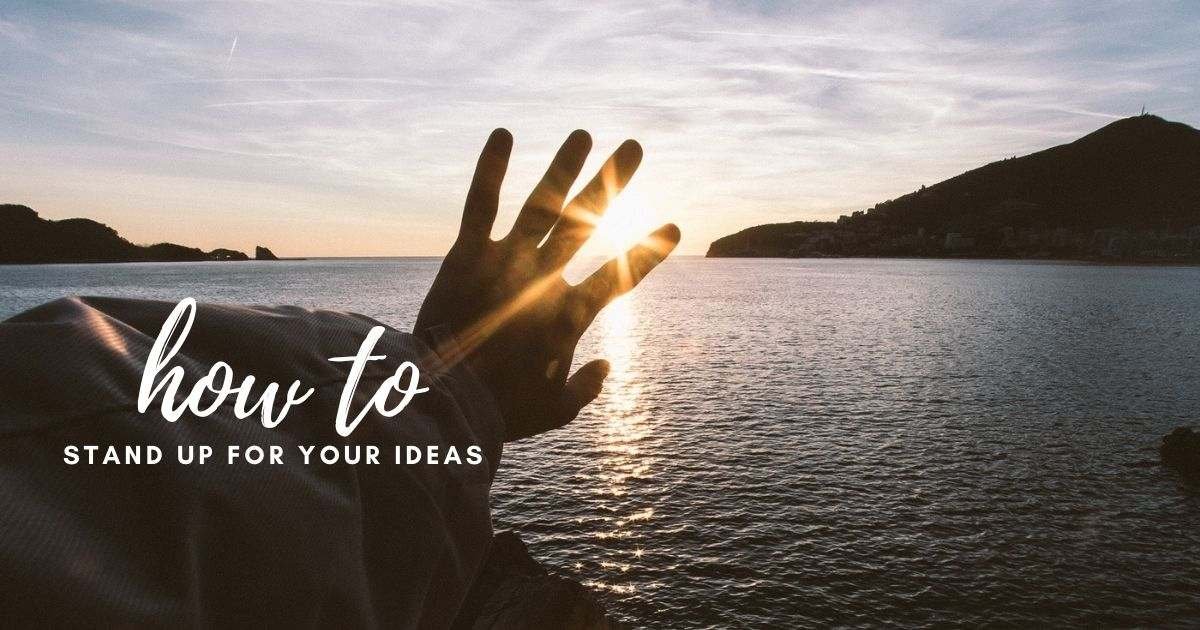 Finally, you refined the idea you decided to implement and it is a joy that you managed to discover what you wanted to do, shared that idea with people close to you and immediately regretted doing so. Your fantastic idea suddenly crashed, and the determination to implement it is gone because it turns out to be difficult to implement. Like most ideas, when they are just ideas! The question is, how do you resist other people’s preconceived notions about the implementation of your idea, and not let foreign doubts, so that they don’t get in the way?

Just discovering an idea: what you want to do is a really difficult task, but that’s just the tip of the iceberg – after all, an idea does not implement itself. And it’s hard to even imagine how many ideas remain just ideas written on a piece of paper, or float indefinitely in our minds without even a chance to be implemented. And yes, often the distance from an idea to its implementation seems as far as Mars, but planning step-by-step can successfully reduce that distance and it becomes a much more traversable distance. So what to do to keep from losing your ideas and to give yourself a chance to implement them?

The biggest mistake we make with our ideas

The biggest mistake is to share your idea with the wrong people and accept their preconceived notion as a fact thus suppressing your desire to implement your idea. First of all, a freshly born idea does not seem equally worth implementing to everyone. Second of all, it doesn’t have to seem easy to reach – after all, it doesn’t have a plan yet! And even with a plan, it can still often seem difficult to achieve because it is difficult to predict how the plan will go and where it will lead, but that does not mean that the prior assessment of others should be seen as a fact. Third of all, the same idea doesn’t necessarily have to look as fantastic to other people as it does to you – after all, we’re all different. We have different experiences, different goals in life, and we value the same things differently, so it’s perfectly normal that what you think is a brilliant idea that’s worth implementing to others may seem like complete nonsense and as worthless as a glass hammer. So by sharing our ideas with the goal of getting confirmation from those around us that it is worth being implemented, we are killing our ideas.

So, what to do when overwhelmed with the notion that an idea which you want to implement was finally born, you have made the big mistake by sharing the joyful news with those around you and heard the relentless assessment that it is worth nothing!

Now your mind is probably full of doubts and you are overwhelmed with unpleasant emotions, after all, your idea has failed even before it has started to be implemented. In this case, it is important to look for inspiration that can point you in the right direction. And in this case, Real life inspirational stories of success are most suitable, because listening to those stories you will realize that a lot of good ideas have been written off as worthless and that in the beginning they did not really get heaps of praise from those around them. In this way, you may be able to look at your idea from a different perspective and perhaps even decide to implement it regardless of the assessments of those around you. And so that you don’t have to search, here are a few inspirational stories that have impressed me.

And finally, even if our visions do not come true at all, without giving in to the influence of those around us, we will at least give them a chance to become our goals, because only in this way will they get a chance to grow from tiny seeds to wonderful fruit, because otherwise we will get stuck in a vicious circle: we will generate new ideas and wait for permission to implement them, and that permission may not come. And while it can be really hard to identify with these success stories, they can inspire us in the right moments and inspire us to act.

What are the biggest challenges you face when your ambitious goals are still in the idea phase?