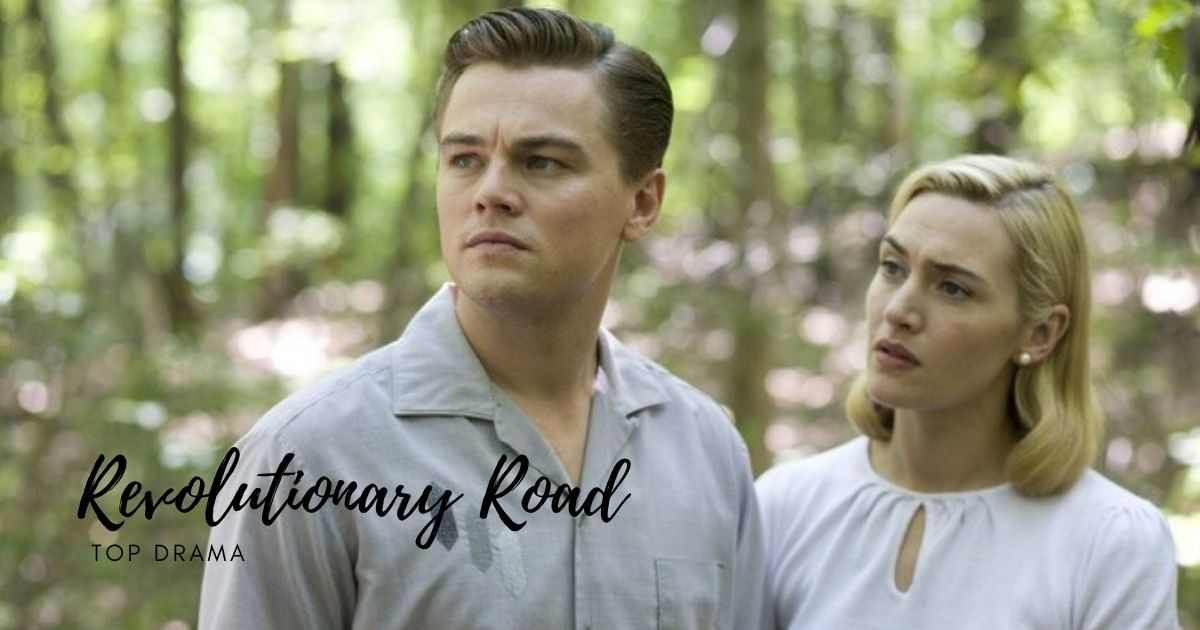 “Revolutionary Road” is a 2008 British-American collaboration film directed by Sam Mendes. The romantic drama takes us back to the mid-1950s. It’s a story about a young family living in the suburbs of Connecticut.

The main characters are April (Kate Winslet) and Frank (Leonardo DiCaprio) Wheelers, who moved to the suburbs of Connecticut due to the growth of their family.

Frank has a well-paid, but at the same time very boring job. Every day he travels to the fifteenth floor of the Knox, where his days go by. He is someone who wanted to live for real, feel things for real, but has long forgotten that. He’s that boy who seduced April with his distinctive uniqueness.

April is a woman who has given up her potentially promising career as an actress for the well-being of her family. Drowning her talent in the daily routine of housewives. The woman is “suffocated” by a daily routine and thoughts about untapped opportunities. She is a talented personality who is tired of suppressing herself. Longing to live fully and forget about oppressive existence.

Living in a small town, an actress’s career prospects shrink to a line, marking: impossible to achieve. So what remains for April is amateur theater. Unfortunately, she fails to shine there as well, and negative emotions ignite a spark for a lovers’ quarrel. Eventually, she lets the winds of change blow into her life and creates an almost perfect plan for the future.

April proposes a plan to move to Paris, where Frank will finally have time to rediscover himself while she works. Although the plan proved insane and the mind resisted, the heart let in the thought and could not resist such a tempting opportunity. It was like that last chance to start living fully and forget about a dreadful existence.

April: “It is impossible for such an intelligent man to do a job he hates, to return to a home that he doesn’t love – to his wife, who hates the same things”

Passion for each other and for life re-ignites within themselves. Of course, when sharing the news, they face the skepticism of those around them and only one “madman” (a person with a mental illness) is able to understand what they are babbling about.

Many feel the emptiness, but it takes courage to see hopelessness.

Feeling more free, Frank gets to work and this brings him to promotion, but April’s unexpected pregnancy shatters her plans. Frank decides to stay in the Connecticut suburb and in his current job, and April can no longer live in hopeless emptiness and no longer sees the point of living. What follows after is the most vicious and final quarrel between the two of them, after which the next morning April finally fits into the vision of a dream housewife. She, as expected from housewives, meets her man in the morning asking what kind of scrambled eggs he would like and sees him off to work.

This is followed by a planned abortion and fatal bleeding. Unfulfilled dreams, shattered hopes, buried talents and pressure to fit into the standard picture of family life. Strong emotions and constant drama.