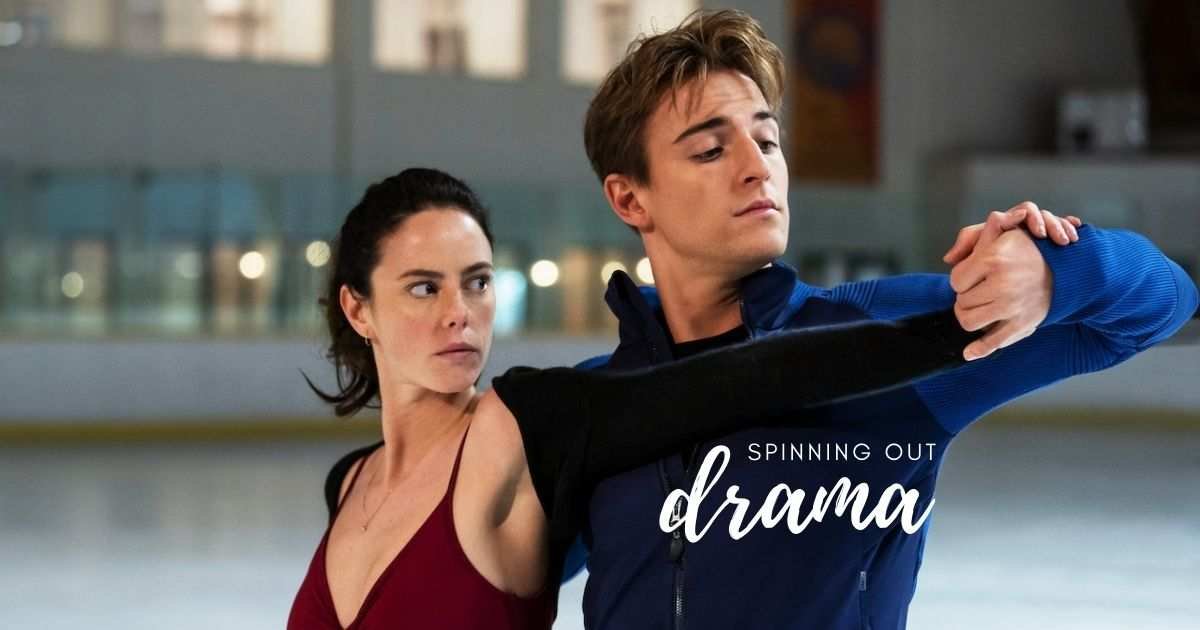 “Spinning Out” is an American (online) drama created by Samantha Stratton. The series premiered on the streaming service “Netflix” on January 1st, 2020, and after the first season, in February 2020, the series was discontinued.

The action begins when Kat Baker (Kaya Scodelario) suffers a head injury during a figure skating competition. This disaster  profoundly changes her career plans and life. And the recurring memories of her trauma and the fear that arose, prevented her from passing an exam that seemed necessary to pursue a career. And here it is – life gives a new, completely unexpected opportunity to skate again.

The coach who observed the exam, offers her to skate in a pair with Justin Davis (Evan Roderick) and promises not only to help her overcome her fear, but also to prepare her for the Olympic Games in 2 years. Although she impulsively, at that moment, rejects the offer, after a while, realizing that it is the only way to skate, she becomes partners with Justin.

” Your dreams may not be happening, and things aren’t turning out the way you expected, but that doesn’t mean your life is spinning out of control. It just means you’re not in control.“

Justin Davis – a professional pair skater from a wealthy family. Someone who changes partners as frequently as people change socks. A charming beauty with the label of a”bad boy”, who is used to always getting what he wants. But does his personality really fit into this created image? No. These are only colors visible on the surface. The resulting image hides fear and the trauma of childhood loss.

Justin lost his mother as a child, he no longer wants to let people into his life, so instead of a close relationship, he “floats” in the superficial.

The constant change of partners not only on the ice, but also in personal life becomes the norm. Endless drowning in party fuss, alcohol, sex and the search for life-threatening adrenaline.

Preparations for the Olympics begin

Training begins. The first task, as a figure skating couple, is to overcome distrust of each other. Dasha (coach) uses a method of a trust game to overcome this obstacle. She takes Justin and Kat to an unknown place, gets them out of the car and leaves them  to figure out their relationship themselves. The method works and the couple starts working together.

Feelings and passion for skating

” As fast as I can tell there are only two emotions that keep the world spinning year after year…One is fear. The other is desire.  “

Kat’s life from early childhood revolves around skating and solving family dramas. And by skating she feels alive, and stopping seems like drowning.

Justin finally opens up to a close relationship for the first time since the day his mother died. And because of Kat’s family dramas and her illness, which he doesn’t even know about, the relationship becomes complicated.

The love scenes could probably be called “pop-y”, but for me personally, they are very delicious and compelling.

“Spinning Out” involved me in the relationship drama. I felt like I was going through all of it myself. There were moments when I flinched, and there were times when I was praying that all would turn out okay. I felt like I couldn’t stop watching.

Interpersonal relationships in a couple, family dramas, competition on ice between skaters, and emerging childhood trauma. This drama is a bomb of feelings.